One is a former Florida College Student of the Year and a rising star among thought leaders in American education. The other is making a national impact in the political arena as a legislative aide in the U.S. Senate.

They are Brian Dassler (MEd ’02, English education) and Jocelyn Moore (MEd ’00, student personnel in higher education), both named 2012 Outstanding Young Alumni by UF’s College of Education. The UF Alumni Association established the award in 2006 to recognize graduates who are 35 or younger and have distinguished themselves in their profession and community.

Read their profiles below and it’s easy to see why they were selected: 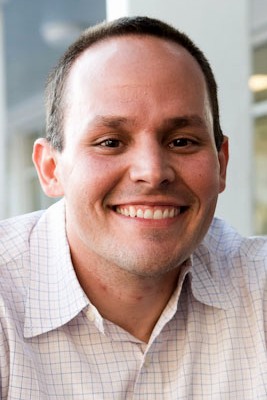 While an undergraduate at UF, Dassler’s numerous honors, scholarships and campus activities led Florida Leader magazine to select him as its 2001 Florida College Student of the Year. He received his M.Ed. degree from UF in 2002 and has been making his mark ever since, not only as a superb teacher, but as a national education thought leader.

He taught high school English for five years in Broward County and in 2007 became the district’s youngest recipient of its Teacher of the Year Award. Dassler last year was named the founding principal of the KIPP Renaissance School in New Orleans, a progressive charter school in the city’s impoverished Upper Ninth Ward. He trained for that position through a novel fellowship program of the national KIPP (Knowledge is Power Program) Foundation.

He has served on the Florida PTA Board of Directors and on several state education advisory groups. Opinion columns written by Dassler have received widespread coverage on hot education topics such as the achievement gap in America’s schools and the pros and cons of virtual schooling. 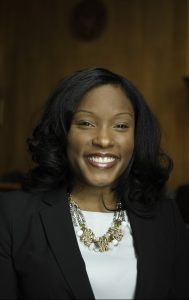 Jocelyn Moore chose an unconventional career path in public policy after earning her master’s in Student Personnel in Higher Education in 2000, but she attributes her problem-solving and creative-thinking skills to her UF graduate studies experience. She has worked for 12 years as a legislative aide in the U.S. Senate, currently as the legislative director for Sen. John D. Rockefeller IV.

She oversees the progression of bills and initiatives he is involved in and also is staff director of the Senate finance subcommittee on health care that he chairs. Moore previously worked for former Florida U.S. Sen. Bob Graham and helped him develop a stipend program for all UF students interning on Capitol Hill. Her career highlights include helping to get President Barack Obama elected, working with mining companies to improve mine safety, and helping to lead our nation’s health care reform effort.

She volunteers with the Junior League of Washington to promote literacy and previously served on the board of the Washington, D.C., Gator Club. She received the 2010 First Focus Champion for Children Award and the 2009 Congressional Black Caucus Health Braintrust Congressional Staff Leadership Award.