The honor recognizes Spooner for a lifetime of research productivity, masterly teaching and inspirational leadership in the special education field and advocacy for children with disabilities. Spooner, a longtime professor in special education at the University of North Carolina-Charlotte, received his Ph.D. degree in special education from UF in 1980 and also was awarded the College of Education’s 2008 Alumnus Achievement Award.

Spooner’s latest honor from the CEC comes from an organization with more than 45,000 members. He is a past president of the North Carolina teacher education division of the CEC. Spooner received the TED/Merrill Award at the CEC’s annual convention in Denver.

During his 31-year career at the University of North Carolina-Charlotte, Spooner has become known as one of the nation’s leading authorities on teaching students with significant disabilities. He has published six books and more than 90 refereed articles and his work has appeared in influential publications such as The Journal of Special Education, Research and Practice for Persons with Severe Disabilities and Exceptional Children.

His academic success led him to editorships at three of the nation’s leading special education journals: Teaching Exceptional Children, The Journal of Special Education and Teacher Education and Special Education. He has also been a pioneer in the use of online instruction to prepare special education teachers—work that has gained Spooner national attention and convinced various state agencies and universities to seek out his advice on online education. 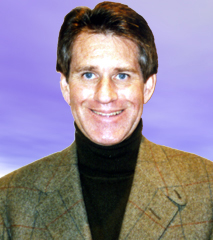