In Honor and Celebration of David and Brian Marshall 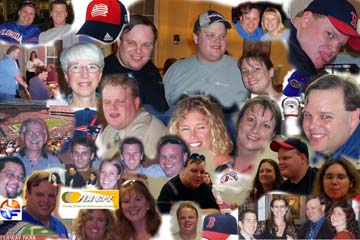 David and Brian Marshall died the morning of August 12, 2006, while returning to Gainesville following their summer holiday. We miss their energy and the many ways each of them contributed to the department…recruiting new students for the softball team, their chili and chowder at potlucks and turkeys at holiday parties, their open door to their home for Super Bowl and Red Sox games, their love of argument and debate, their demand for professional excellence, and mostly their generous and gregarious spirits.

The David and Brian Marshall Memorial Fund has been established to honor their many contributions. Funds will be used to award an annual scholarship to a student who exemplifies Dave and Brian’s pursuit of excellence and their commitment to the counselor education community.