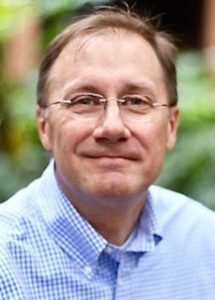 UF school psychology Professor John Kranzler has received the 2016 Award for Excellence in Research from Mensa Education and Research Foundation and Mensa International Ltd. This is the second time he has received this award— the first was in 1999.

Mensa International, known as the high IQ society, is comprised of people from more than 100 countries who have scored in the top 2 percent of the general population on an approved intelligence test.

Kranzler heads the school psychology program in the College of Education. He was honored for his work examining the integrity of measurement of human cognitive abilities assessment tests, namely IQ testing.

Although Kranzler is not a member of Mensa, anyone who has published or presented peer-reviewed research in the past three years can be considered for the award.

Worldwide, Mensa gives up to 10 awards annually to the best research papers on intelligence, intellectual giftedness and related fields.

Kranzler, a UF education faculty member since 1990, said he feels honored to receive the award because researchers from any field, not just in his specialties, are eligible.