GAINESVILLE, Fla.— A University of Florida study presented to local leaders and activists in January shed light on many of Alachua County’s glaring racial and social biases and inequities–ranging from child poverty and education inequities to unemployment among the county’s underrepresented populations. 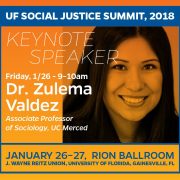 Now, as part of UF’s annual Martin Luther King Jr. Celebration, the university wants to take the local social justice conversation a step further.
UF hosted its 2nd Social Justice Summit: For the Gator Good on Jan. 26-27 on campus at the J. Wayne Reitz Student Union. The event theme was “Allyship: Identify, Interact & Impact.” The summit brought together scholars and experts from multiple disciplines, members and advocates of marginalized groups, and other concerned individuals from the university and community to discuss priorities and set aggressive action strategies for eradicating social and racial injustices and biases in the greater Gainesville area. 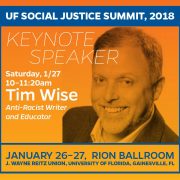 “We hope participants found the summit to be a safe and stimulating space where they could explore their own social identities, interact with others from diverse cultural backgrounds and learn skills to make an impact advocating for social justice in our community,” said summit co-chair Zully Rivera-Ramos, a clinical assistant professor and licensed psychologist at the UF Counseling and Wellness Center.
The summit included programs and discussions led by community members, students and university scholars. Keynote speakers included Tim Wise, who has been called the nation’s foremost white anti-racist author and intellectual, and Zulema Valdez, an associate professor of sociology at the University of California at Merced who has written two books on how race, class, and gender shape U.S. enterprise and entrepreneurship.
Gainesville Mayor Lauren Poe and UF Vice President David Parrot also spoke. 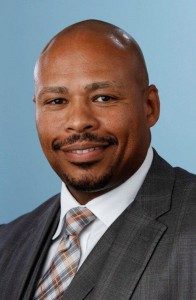 The other summit co-chair was Shon Smith, a UF clinical assistant professor in counselor education at the College of Education. He said the recent UF study on racial inequality helped quantify some of Alachua County’s racial inequities and tensions. Now, though, “we must stand up and take on the problems of marginalized groups as our own.
“That involves building relationships based on our abilities to transfer the benefit of our own social power and privilege to oppressed groups of people.”
Smith said the summit “offered every participant a chance to have a role in reaffirming Gainesville as a welcoming and compassionate place to live, work or study—regardless of race, gender, faith, ethnicity, sexual orientation and expression, age and other social identities.”
Among the summit co-sponsors were the College of Education, UF Counseling & Wellness Center and UF Students Affairs. SOURCE: Shon Smith, Ed.D.,  ShonSmith@coe.ufl.edu; 352-273-4312
SOURCE: Zully Rivera-Ramos, Ph.D., ZRiveraRa@ufl.edu; 352-392-1575
WRITER/MEDIA CONTACT: Larry Lansford, news & communications, UF College of Education; llansford@coe.ufl.edu; 352-273-4137
WUFT TV-5 & 89.1 FM: Counselor Ed scholars working on peer support pr...