It was early August 2003 and Maria Coady was unpacking books in her new Norman Hall office in her first week working as an assistant professor in bilingual and ESOL (English Speakers of Other Languages) education at the UF College of Education. That’s when a voluble group of several undergrad students appeared in her doorway and posed a question that would shape the direction of Coady’s career and life forever.

“They were asking for help, wanting to learn how to teach English to a small group of immigrant families living in rural northcentral Florida,” Coady recalled, being somewhat taken aback by her unofficial student welcoming committee but impressed by their moxie and enthusiasm.
“From that moment on,” she said, “I became embedded in rural educational settings with immigrant English-learning children and their families, as well as the teachers striving to ensure their students’ educational success.”

Coady’s arrival on campus couldn’t have come at a better time, coinciding with a steady rise each year in the number of non-English speaking students being placed in mainstream classrooms throughout Florida.
Fast forward 15 years to the present and Coady is now recognized as a leading authority and innovator in shaping how teachers-in-training learn to educate English-learning students while still meeting the needs of other students in mainstream classrooms.
Her research advances recently earned Coady a prestigious appointment to the Irving and Rose Fien Endowed Professorship at the College of Education. The two-year post, worth $20,000 in salary supplements and research funds, supports veteran faculty members with a track record of successful research aimed at helping at-risk learners at high-poverty schools. 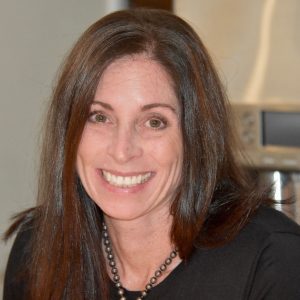 A $600,000 donation by the late Miami businessman Irving Fien created an endowed professorship that supports veteran faculty members with a track record of successful research aimed at helping at-risk learners at high-poverty schools.

With the funding support from the Fien professorship, Coady says she will examine the role, qualities and vision of school and teacher leaders in advancing academic achievement and success of multilingual students.

“In my work, I have repeatedly noted the strong leadership required to support the language and literacy development of multilingual students through policies and practice,” Coady said. “When school and teacher leaders are invested in these students’ learning, they appear to do well. The Fien Endowed Professorship will advance my work by gaining insight into effective school leaders for multilingual students.”

Florida has required ESOL endorsement training for preservice teachers since 2001, and UF’s ProTeach curriculum infuses second language learning and teaching theory into their general teacher education classes such as reading and science instruction. Still, Coady says research on the impact of so-called ESOL infusion in American schools has been minimal, but she and UF ESOL education faculty colleagues Ester de Jong and Candace Harper (recently retired) have been making headway to strengthen research and knowledge in the field.
They made giant strides in a landmark, five-year study (2007-2012) called Project DELTA, which stands for Developing English Language and Literacy through Teacher Achievement. Under a $1.2 million grant from the U.S. Department of Education and tapping into the Florida DOE’s massive Education Data Warehouse, the researchers identified the need to transform traditional teacher training by providing more in-class opportunities to practice second language teaching strategies and guidance working with non-English speaking families.
They also revised UF’s curriculum to show education students how teaching materials in mainstream subject areas can be modified for English learners.
Coady’s work in that study led to a second national grant, for $2.4 million over five years (2016-2021), called Project STELLAR, or Supporting Teachers of English Language Learners Across Rural settings. Her team is in its second year of designing and implementing special, job-embedded professional development programs for teachers and leaders in rural Levy County schools—located in northcentral Florida—to advance teaching and learning of second-language students and boost school engagement with their families.
The Fien professorship Coady now occupies was created in 1998 through a $600,000 contribution by Irving Fien, founder of Fine Distributing, a Miami-based food distribution company. He made the donation to honor his wife, Rose, who had died the year before. Irving, the son of Russian immigrants and once an at-risk student himself, died in 2004. With matching funds from the state and additional gifts from the Greater Miami Jewish Federation, the professorship is now backed by more than $1.2 million in funds.

“…it is no longer feasible to remain distant from the realities of globalization when examining linguistic diversity in education.”

While Coady has conducted much of her past multilingual research and outreach activities in rural migrant worker communities such as Immokalee in southwest Florida and several northcentral Florida communities, her research success and reputation has enabled her to broaden her scope to other states and even worldwide.

“My work preparing rural teachers in Florida for linguistic diversity intersects with similar efforts by scholars in Texas, Idaho, Nebraska, Ukraine and South Africa,” says Coady. “My scholarship moves between the local, national and international spheres because it is no longer feasible to remain distant from the realities of globalization when examining linguistic diversity in education.”

Coady has worked portions of the past six years on two international projects as a Fulbright Specialist Scholar, helping Ukraine and then South Africa strengthen their multilingual education and literacy programs. She also has worked with teacher education in China and the Dominican Republic and has consulted with educational governments in Costa Rica and the United Arab Emirates. She’s working with teachers and schools in Ireland to help them revitalize the country’s endangered Gaelic language.
Coady’s Fien-funded study will involve several days of videotaped observation and a series of interviews with three school leaders known for their support of multilingual students—one leader each from Florida, South Africa and Ireland.

“This work will have a national grounding in Florida schools but will investigate leaders internationally by tapping into my existing networks in Ireland and South Africa.”

The Fien appointment also recognizes Coady’s commitment to teaching and mentoring doctoral students. She frequently includes Ph.D. students in her grant projects and prepares UF ESOL doctoral students to conduct cutting-edge research both nationally and internationally. She advises or serves on some 14 student dissertation committees.

“As a multilingual myself from an immigrant family, I remain fascinated by the learning advantages that multilingual students have, but they are frequently overlooked in educational settings,” Coady said. “Our students are the scholars of the future who will continue to address educational disparities based on language differences in our increasingly globalized world.” 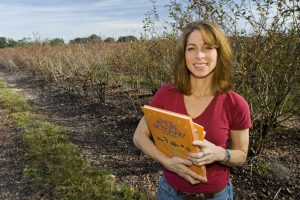 Coady has conducted much of her past multilingual research and outreach activities in rural migrant worker communities throughout Florida.
(File photo 2012)