For this International Education Week we would like to highlight Assistant Professor Pengfei Zhao and her research on the development of ethics guidelines in eastern cultures.

Zhao joined the College of Education this fall and has already become an active member of the UF research community. Last month she received the Global Fellowship from the International Center at UF. This fellowship will help to kickstart her comparative study on the implications of applying western research ethics to eastern cultures in an increasingly global world.

As a methodologist, Zhao is interested in the production of knowledge particularly within the context of globalization.

“Globally the process of knowledge production is closely linked to the mobilization of local ideas and the migration of ideas,” Zhao said.

During her thesis work in northern rural China and through communication with peers, Zhao found that Chinese researchers rely on an in-house review process for ethical review rather than having nationally regulated policy.

Some higher education institutions in China have been working to create more rigorous ethical guidelines but they have been largely independent of one another. Hong Kong and Taiwan have both created their own review processes.

“They’re trying to establish their own ethical review committees, but they’re trying to do that in many different ways so there is no centralized practice on this,” she said.

Within most western countries human studies have to pass nationally established ethical guidelines before getting the go ahead. In America the Institutional Review Board (IRB) is nationally regulated and implemented at the institute level, and most countries in western Europe follow research guidelines regulated by both national and EU policies. 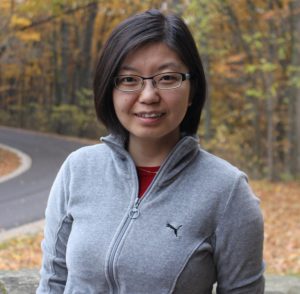 “There’s definitely a discrepancy in how we regulate and promote ethical research practices world-wide,” she said.

Main-land China, Hong Kong and Taiwan share some similar cultures, according to Zhao, but historic context has influenced the differences between their higher education structures.

“The Soviet Union system still has a strong influence on today’s Chinese higher education,” she said. “But they’re pushing towards a more Americanized school system.”

During her pilot study, she found that ethics systems were strongly linked to the migration of researchers. Many of those who were educated at western higher education institutes and return to China are often tasked with developing the policies for ethical research according to Zhao.

“People think that they are relatively more experienced with this type of practice,” she said. “The researchers there will borrow the practices from the west and transplant them to China.”

From her preliminary research, Zhao has seen that the American ethics standards are not the only ones that work in East Asian countries. She will look into how researchers can best promote ethics in a different culture while protecting the research participants.

As part of her fellowship, she will be attending workshops with the other fellowship recipients in the spring to prepare for her fieldwork.

“I really look forward to getting to know my fellow researchers and their research from across UF during the workshops,” Zhao said. “There are researchers from all across the university participating so it will be exciting to learn about their research.”

From her teaching Zhao has met many graduate students who are interested in international field work and future collaborations, and she hopes that her fellowship will help teach others the best practice of international and transnational research.

She believes that her fellowship will open a conversation that will benefit not just the students and faculty looking to do research in East Asia, but will help them to be more culturally competent in their research overall.

“But more than anything it will be a great way to make connections with higher education institutes in East Asia so that we can sow some seeds for future collaboration,” she said.

Zhao plans to use the grant from her fellowship to fund her field-work in main-land China, Hong Kong and Taiwan this upcoming summer.

Triple Gators Championing Civic Education For All
Scroll to top