Chairwoman Wilson, Ranking Member Murphy, and members of the subcommittee, thank you for the opportunity to testify today.

My personal journey from Pell Grant recipient to college professor is a testament to the ways in which need-based aid can change the trajectory of students’ lives. As a scholar of higher education, my goal in this testimony is to provide a brief overview of the evidence pertaining to Pell-eligible student enrollment, the impact of need-based financial aid on college access and student success, and the evidence-based ways to improve the opportunities and outcomes of Pell-eligible students.

The need-based Pell Grant represents the most common federal grant and a meaningful investment from the federal government to increase educational attainment for individuals from lower-income families who may not reap the benefits of a college education otherwise.

Unfortunately, the purchasing power of the Pell Grant has diminished over time and, as a consequence, the proportion of Pell-eligible students enrolled in college remains relatively low. The maximum Pell Grant previously covered 79% of the average costs associated with attending a public four-year institution, but today’s Pell Grant only covers 29%.

Although the share of low-income students who would qualify for Pell Grants has increased over the years, the percentage of Pell-eligible students who enroll in college, particularly at public four-year institutions, remains far too low.

Regardless of Pell eligibility, the benefits of attending and completing college are clear. On average, individuals who obtained a bachelor’s degree earn about $1 million more in their lifetime when compared to high school graduates. But there are considerable gaps in degree attainment according to socioeconomic status. Children from high-income families are about six times more likely to earn their bachelor’s degree when compared to children from low-income families.

Why Aren’t More Pell-Eligible Students Obtaining the Benefits of College?

Generally speaking, there are two types of barriers that prevent low-income students from enrolling in college—informational barriers and financial barriers. Previous work has outlined the following key barriers facing low-income college students: academic preparation prior to college enrollment, cost of attendance (and unmet financial need), and a lack of accurate, clear, and simple information pertaining to the admission process and financial aid options.

In an effort to address these barriers, an experimental study found that offering low-income, high-achieving students a no-paperwork application fee waiver and personalized information about colleges’ net prices, resources, curricula, students, and academic outcomes had a positive effect on their likelihood to apply and be admitted to more colleges. A follow-up study using survey data showed that this intervention actually changed low-income students’ knowledge and informed their decision-making.

Despite the importance of removing informational barriers by streamlining and simplifying the financial aid process, low-income student barriers are rooted in financial difficulties and the most effective policy solutions will directly address that reality by increasing need-based financial aid and thereby reducing unmet financial need.

The Role of the COVID-19 Pandemic

The United States had a problem with low enrollment among Pell-eligible students before the COVID-19 pandemic, but that problem has intensified over the past 18 months.

Low-income students navigating the COVID-19 pandemic have been shown to be more likely to drop a course and face challenges due to higher childcare responsibilities, a lack of reliable internet, and a greater probability of being sick or stressed. In addition, low-income students are at greater risk of experiencing financial distress related to basic food needs (46% higher), shelter concerns (62% higher), job loss (15% higher), and the loss of financial aid (12% higher).

Recent evidence has shown that the number of Free Application for Federal Student Aid (FAFSA) applications during the COVID-19 pandemic has declined by 14% among first-year undergraduate students, particularly in lower-income zip codes and areas with a larger share of Black and Hispanic individuals. Although legislation pertaining to FAFSA simplification is a step in the right direction, additional measures to remove informational and financial barriers will be needed to improve access and foster success among low-income and racially minoritized students.

The Positive Impact of Increases in Need-Based Aid

In a systematic review of the causal impact of grant aid on persistence and degree completion, the authors reported that state grants provide larger award amounts than Pell Grants and, as a result, have slightly larger positive effects on students’ academic outcomes.

Another rigorous study examined the impact of the Pell Grant and increases in need-based aid in Texas. The researchers showed that providing first-time students with access to additional need-based aid increased their likelihood of going to college, attempting more credit hours, graduating from college, and earning higher wages in the labor market. That same study shows that increases in need-based aid represents a good investment that pays for itself several times over given that estimated increases on earnings will allow the government to fully recoup its investment within 10 years.

Current and future efforts designed to address these issues should be informed by rigorous evidence and data-informed best practices. Several experimental studies have been released in recent years that should be used to shape our collective thinking regarding how to improve college access and student success among low-income students.

A disproportionate share of low-income students leave college before earning a degree, but roughly 10% of non-completers were performing well academically and had already made considerable progress toward their degree prior to departure. In an experimental study designed to induce re-enrollment among previously successful non-completers, a team of researchers partnered with five high-enrollment, diverse community colleges in the state of Florida to implement a targeted text messaging re-enrollment campaign. The authors found that providing information to simplify the re-enrollment process and offering a one-course tuition waiver increased former low-income students’ likelihood of re-enrollment by roughly 17 percent. The former students who were randomly assigned to receive the information and one-course tuition waiver were also more likely to persist to the next semester upon re-enrolling.

The final example of evidence-based best practices is the City University of New York Accelerated Study in Associate Program (CUNY ASAP). The research identifying the positive effects of CUNY ASAP is perhaps the most compelling because it was proven effective across multiple geographic contexts (New York City and Ohio). CUNY ASAP provides a series of “wraparound” supports, including financial assistance with textbooks, “tuition and fee gap” scholarships, a dedicated advisor from initial enrollment to graduation, enhanced career services, class registration support, and more. Results indicate that students randomly assigned to CUNY ASAP were nearly twice as likely to graduate after three years when compared to students not assigned to the program.

The evidence I have outlined in this testimony provides a clear path forward for the federal government and American higher education. Given that the purchasing power of the Pell Grant has decreased over time, the federal government could substantially increase its investment in the Pell Grant program to improve college access for low-income students. In addition, low-income students benefit greatly from affordability guarantees in the form of a tuition-free college education. Importantly, one-quarter of the positive enrollment effect identified in the HAIL Scholarship study at the University of Michigan was driven by low-income students who would not have attended any college in the absence of the tuition-free scholarship offer. This is a critical policy consideration when considering the merits of legislative proposals for tuition-free guarantees at public institutions.

Previous research highlighted above offers compelling evidence regarding the importance of addressing both informational and financial barriers when seeking to increase access and support success in higher education. The American Families Plan includes a considerable investment in the evidence-based strategies that have been shown to improve retention and completion, particularly among low-income and racially minoritized students. This type of targeted investment can offer much-needed funding to the under-resourced institutions serving a disproportionate share of low-income students and extend the federal policy conversation beyond increasing college access to improving student success. 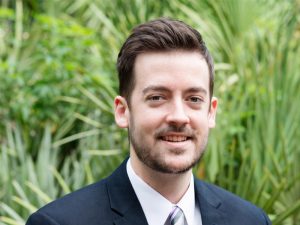 Build your brighter future with our top ranked online programs