Phil Poekert, director of the Lastinger Center for Learning, was awarded the UF Foundation Term Professorship Award for 2021-2022. Poekert’s leadership role as director has helped to accelerate the Center’s mission to create equitable education systems that make it possible for everyone to experience high quality learning.

“You and your team have been incredibly successful in improving teacher performance and student learning and this is a well-earned acknowledgement of your work,” Allen Lastinger said via email in response to award notification.

Lastinger and his wife, Dolores, are the namesakes for the center.

Term Professorship lasts for three years, and its recipients receive $25,000 to fund the salary of the Term Professor as well as aid with research costs.

Poekert describes being at a loss for words when finding out he was receiving the award. However, he did say, “this one is for the team.”

“There was no accomplishment described in my nomination package that was achieved alone,” he said. “All of it was due to the wonderful support of my colleagues, friends and family.”

Poekert was one of two recipients, and the university’s goal with this award is to further advance faculty research efforts. The awards will be distributed on Saturday, March 5, 2022, and the UF Foundation Board Meeting.

When the Center entered its seventeenth year, it also had its first change in leadership as Poekert became director. In his short time as director, Phil has conducted a statewide listening tour, led strategic changes during a period of rapid growth at the Center, and hosted an international conference at the University of Cambridge. Even with all of those accomplishments, Poekert is still just getting started.

“It is just one more example of how valuable you are to the institution and how your passion for improving the lives of students, their families, and teachers shines,” said Thomasenia Lott Adams, Associate Dean for Research & Faculty Development. 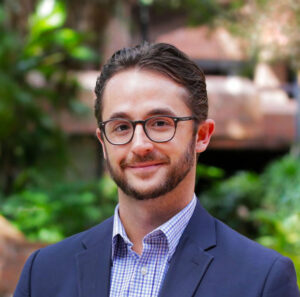 A Statement from Dean Glenn E. Good
Scroll to top