Gov. Rick Scott has appointed John David Hooker II, a University of Florida doctoral student in Higher Education Administration, to the Higher Education Facilities Financing Authority of Florida (HEFFA).
Hooker fills a vacant seat on the authority and will serve a three-year term with HEFFA, which assists private, non-profit colleges and universities in accessing tax-exempt bond financing for their education facility construction projects.
Along with his Ed.D. coursework, Hooker, 36, works as the associate director of development at the UF Institute of Food and Agricultural Sciences. He also received his bachelor’s in political science and his law degree from UF.
Hooker has extensive experience in law and government administration, including more than five years as a policy adviser for Gov. Scott and Congressman Adam Putnam.
Hooker said he hopes to combine the knowledge he gains in his doctoral program with his experience in law, government and fundraising to pursue a leadership position in higher education.
“When this appointment came open, the Governor’s office wanted to appoint someone in higher education. Since they knew me as a former colleague, they called and asked if I would be interested in serving,” Hooker said. “I love the special role that universities occupy in our society and economy.
“This appointment allows me the opportunity to engage in public service to the benefit of higher education in Florida, and affords me the chance to learn more about the challenges and process involved with financing new structures on campuses.” 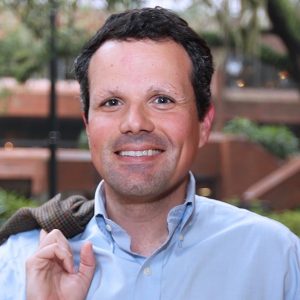