GAINESVILLE, Florida  – Zhihui Fang, professor of literacy and language education and an Irving & Rose Fien Endowed Professor of Education in the School of Teaching and Learning, has released his fifth book, “Demystifying Academic Writing.” The book focuses on the rhetorical moves, cognitive skills and linguistic strategies needed to write clearly, fluently, coherently and effectively for academic purposes.

After creating his course on academic writing, EDG 6017, Fang realized there were not many textbooks that truly “demystify” academic writing and empower writers. During his sabbatical last year, he turned his PowerPoint slides from a decade of teaching the course into a book that features some of the most valued genres of academic writing, including reading responses, book reviews, literature reviews, argumentative essays, empirical research articles and grant proposals.

Fang used a draft of the book in EDG 6017 this past spring. The course attracted graduate students from across the campus and was very well received. Students commented they “have learned a lot from the course”, “really like the course textbook” and “will use the book as a reference when writing academic papers.” Fang plans to create an accompanying workbook, where he will include the exercises he used in his class. He hopes readers will recognize the value of language awareness to developing writing expertise and view academic writing as a meaning-making process involving making grammatical choices that realize the author’s intentions and meet the reader’s needs.

“I hope my readers find the book accessible, insightful, and helpful,” he said. “I have confidence that graduate students and undergraduate students, as well as early career scholars, will all benefit from the book. They are, after all, the inspiration for this work.”

“Demystifying Academic Writing” was released April 15 and is available for order on Amazon. 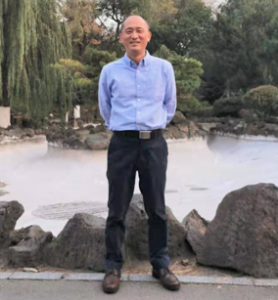